The Steak and Egg Diet Plan 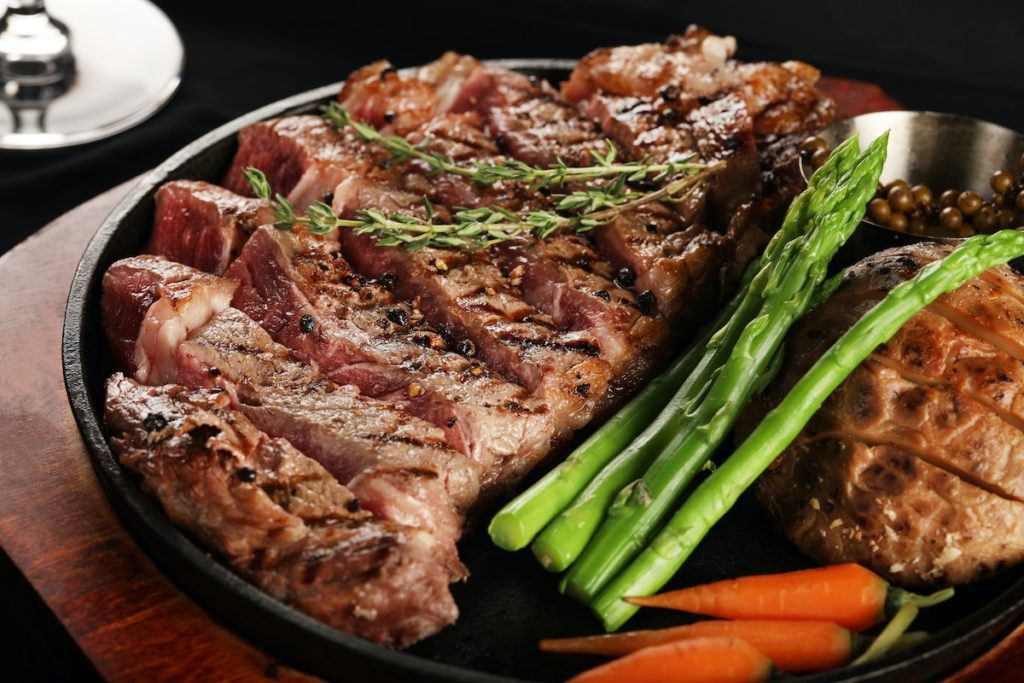 Bodybuilders have been using The Steak and Eggs Diet Plan to lose weight for over 50 years as a way for bodybuilders to burn excess body fat and get lean before a competition. The bodybuilders essentially were using a low-carb ketogenic diet that was high in fat, moderate in protein, and extremely low in carbohydrates. This article discusses the steak and diet plan and how it can help you lose weight and keep it off.

Don’t I need carbs for energy?

Well, the answer to that question is yes and no. Yes, the body prefers to use carbohydrates as its primary fuel source. However, after a few days on the steak and eggs diet, the body adapts to eating more fat. Because it becomes fat-adapted, the body will begin burning more of its stored body fat.

Vince was known as the iron guru and was a trainer to the stars from the 1950s-1990s. His gym was right next to many of the major studios in Hollywood, so the studio executives would send their leads to Vince to get into shape before a role.

Vince was a firm believer in the Steak and Eggs Diet, which he used on himself and the people he trained.

Vince was a significant component of Arnold’s dominance in bodybuilding. During the 1968 Mr. Universe Competition, Arnold lost to a much smaller but much leaner Frank Zane.

Arnold was a big guy back then but lacked the conditioning he needed to win.

Vince then put Arnold on the steak and eggs diet to get him in the best shape of his life.

From then on, Arnold never lost a bodybuilding competition due to a lack of conditioning.

During an outtake from the famous bodybuilding documentary “Pumping Iron,” Arnold utilizes this steak and egg diet to burn excess body fat before the 1975 Mr. Olympia competition.

What does that mean for the average person?

Not everyone wants to be a bodybuilder. However, the principles of Vince’s Steak and Eggs Diet can be applied to the average person who wants to lose weight and to significant effect.

It does require some discipline, but the reward is burning body fat at a fantastic rate.

How to use the steak and eggs diet

One day a week, eat a bowl of white rice to restore muscle glycogen storage.

When doing this diet, I enjoyed hanging around the protein sources but keeping the idea the same. I would add a burger patty with some cheese on top or eat a chicken breast salad to get some more fiber.

Many bodybuilders of the 70s, such as Arnold Schwarzenegger, Ric Drasin, and others, would do the same thing.

Although the steak and eggs diet may be bland, you can’t argue with their results.

Since steak and eggs are low in fiber, we recommend adding a fiber supplement to help “move things along.” We recommend vivanaturals Organic psyllium husk powder to add to your diet.

The Steak and Eggs Diet Long-Term

While the steak and eggs diet is a great way to lose body fat quickly, we would only recommend doing it for a few months at a time.

We believe in a more balanced approach to nutrition, with lots of fruits, vegetables, healthy grains, and various protein sources.

The steak and egg diet is a great way to reduce body fat and build muscle to prepare for summer. The bodybuilders used it to get lean, and so can you!